Out of This World Tech 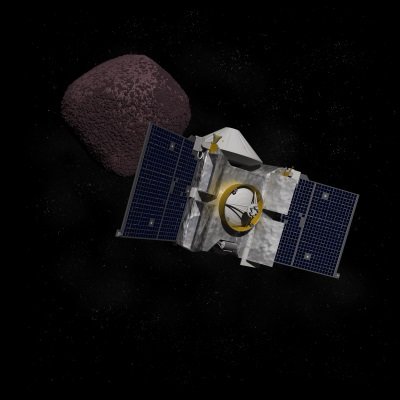 As the new year rings in, it’s fun to reflect on how people imagined we’d be living in 2019. Traveling to work in your flying car? Or maybe a quick trip to mars for an interstellar vacation? While we aren’t quite there yet, things that were once purely science fiction don’t seem so farfetched with today’s technological advancements. Tucson has played an important role in many of those advancements to bring us into the “future.”

Tucson is a hotspot of “out of this world” technology and advancements on a galactic scale that help bring the world into the future with each passing year.

With our clear skies and largely tranquil weather, Tucson is the ideal place for astronomers – making most of our technological contributions “out of this world.”

Many famous astronomers called Tucson home at one point including: David Arnett known for his explosive work studying supernovas, and the creation of neutron stars and black holes; Bart Bok who oversaw the construction of Kitt Peaks’ 2.3 m telescope; Frank Borman who commanded the Apollo 8 mission to fly around the Moon; A. E. Douglas who determined how sun spots affect tree ring growth to date trees; Tom Gehrels who took part in discovering more than 4,000 asteroids; Gerard Kuiper who is considered the father of modern planetary science; Elizabeth Roemer who developed an extensive set of photographs of comets and co-discovered one of Jupiter’s moons, Themisto; Peter Smith who was the principal investigator for Phoenix, the robotic explorer of Mar’s north pole;

Today the advancements continue, largely spearheaded by researchers at the University of Arizona. One of the most recent and notable achievements is the OSIRIS-REx, launched in 2016, which successfully reached Asteroid Bennu and began its data collection last month. OSIRIS-REx is expected to return to Earth in 2023, when it will be the first US spacecraft to return with physical sample of an asteroid.

You can get a firsthand view of Tucson’s history of achievements and the work that continues today with a visit to one of our science attractions: Flandrau Science Center & Planetarium, Kitt Peak Observatory, Mt Lemmon Skycenter, Richard F Caris Mirror Lab, or the Space Imagery Center. Maybe it will inspire you to dream of what technological advancements we will see in the next century.

Past Living in Arizona Articles

Getting Your Garden to Grow

Heat is on the Horizon

Being OK with Clutter

Keep Up The Good Work - Arizona

Keep Up The Good Work - Tucson

Does Your Home Spark Joy?

Out Of This World Tech

Rockin’ Into the New Year

The Weather is Ripe in Arizona

Spruce Up Your Outdoor Spaces

Put Your Blue Bin To Work