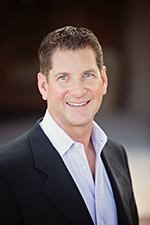 A Tucson native, Brad graduated from the University of Arizona with a Bachelors of Arts degree. After graduation he decided to stay in Tucson and work with his father pursuing his passion of home building under their name sake company, Wachs Construction Company, Inc. During his 27 years as a home builder, Brad and his father designed and built many high-end custom homes in the Foothills, Oro Valley and Marana. Wachs Construction Company, Inc., earned the prestigious (SAHBA) Southern Arizona Home Builders Association, Custom Builder of the Year award three times and was featured in numerous publications and television nationwide. Brad’s vast knowledge of building luxury homes led him to pursue a new path in real estate with the Long Realty Foothills Office. Brad and his wife live in the foothills with their young daughter. In his free time he enjoys mountain biking, motocross and spending time with his family.